Monica Bonvicini’s multifaceted practice explores the relationship between architecture and gender, power, space and language, in addition to the tension between public and private spaces. Her often large-scale installation works combine a confrontational and performative gesture with which she attracts the viewer’s attention, not only exploring questions concerning institutional critique with her distinct interventions into the exhibition space but also through material and architectural contexts. 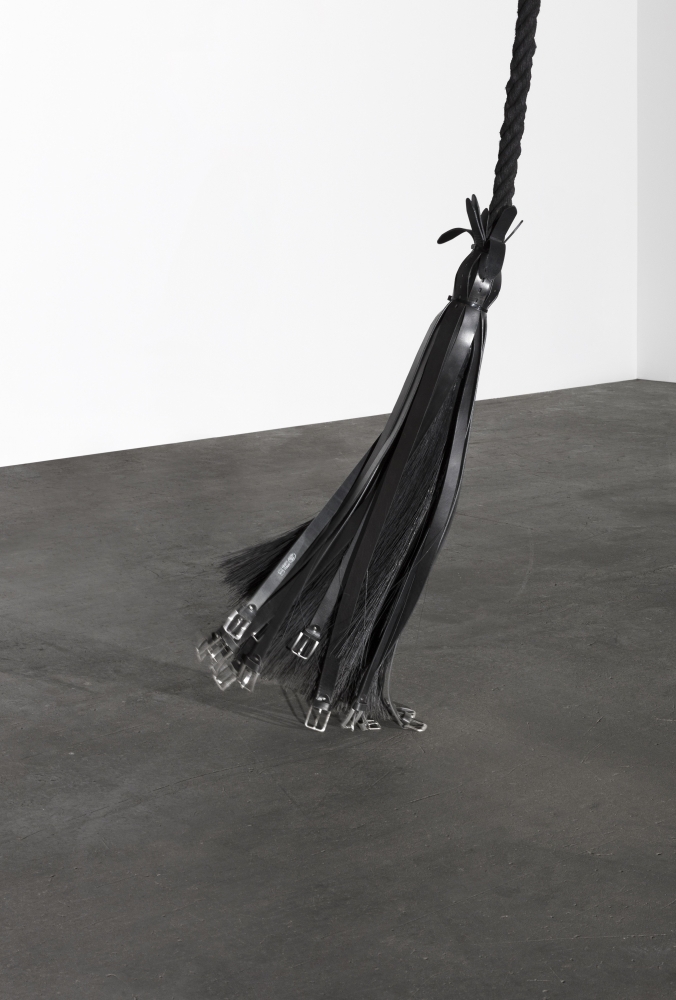 In conjunction with Monica Bonvicini's presentation of Breathing at Art Basel Unlimited, a large-scale kinetic sculpture made of leather belts and acrylic material suspended from the ceiling, Mitchell-Innes & Nash is thrilled to showcase a selection of works by Bonvicini exploring gender, power structures and labor, both physical and emotional. Using humor and matter-of-fact presentation, the artist creates poignant metaphors that resonate with today's ever increasing political anxieties.

Bonvicini's installation can be viewed in action below.

Bonvinci was born in Venice, Italy in 1965 and currently lives and works in Berlin. She holds degrees from the Hochschule der Künste, Berlin (now known as the Universität der Künste) and from the California Institute of the Arts. Since 2003, she has held a position as Professor for Performative Arts and Sculpture at the Academy of Fine Arts in Vienna. Notably, Bonvinci’s work has been featured in many prominent biennials, including the Berlin Biennale (1998; 2003; 2014); La TriennaIe, Paris (2012); the Istanbul Biennale (2017; 2003), and the Venice Biennale (1999; 2001; 2005; 2011; 2015).