This limited edition monograph on Justine Kurland commemorates the 20th anniversary of the debut of her “Girl Pictures.” The monograph features all 69 prints in the series, reproduced in full color, with an essay by the artist. The book will accompany a solo exhibition at Mitchell-Innes & Nash of these vintage prints, which were taken in the five years between 1997 and 2002.Beginning in New Haven, where Kurland was completing her graduate studies, the photographs cover a range of settings from the dystopian non-place of a roadside truck stop to the dreamlike landscape of an Arcadian meadow. The primary subject of Kurland’s pictures, however, are the adolescent girls who inhabit these places, both familiar and uncanny, captured by the artist’s camera. The fact that Kurland’s pictures are carefully staged seems to contradict their intimate, candid quality. Speaking about her work, Kurland has said that she constructs pictures in order to let them unravel, working along a “spectrum between the perfect and the real.”

Edition of 200, signed and numbered. 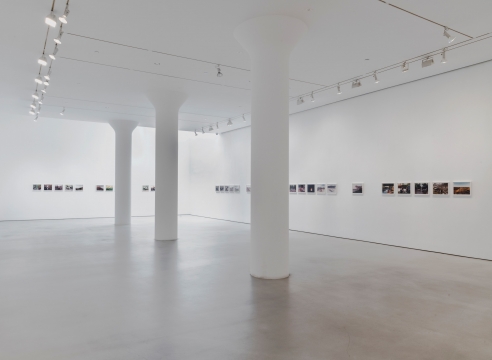