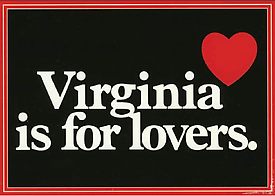 Virginia Overton: It’s a protracted process: I’ve visited Kunsthalle Bern numerous times in the last year and a half to prepare for this show. Once I arrived for the installation, I began to try things out. It’s a process of trial and error. The work is conceived as a reaction to the space and the materials I found here and around Bern. At times the work can be a literal reflection of the space.

FS: I’m interested in the fact that this game of mirrors is experienced as much optically as it is conceptually. Your work has barely any illusionistic qualities.

VO: Yeah, I don’t think of them as tricks in any way; it’s not a funhouse. My hope is that the experience of the work is physical, but also objective. The pieces are what they are: Planks of wood wedged between the floor and a wall. Pieces of real parquet hung on walls. I feel like the work I make can exist in a museum or on a driveway or in a barn or whatever, and still function as real things in the world, not as some extraneous objects to be placed on a pedestal.

FS: But a piece of wood looked at in a space consecrated for art is no longer the same piece of wood found on the side of the road.

VO: Actually, I think they are the same thing.

FS: Ha! So how much of the cultural or social makeup of these objects and materials carries over from their point of origin to the Kunsthalle? You’ve recently made a work in New York using cedar lumber from Tennessee, where you grew up, which you trucked half across the country. This wood had a particular color and, most importantly, a particular smell, which led a number of commentators to describe your work as a kind of abstract representation of the rural South. Similarly, many of the materials you use to make your sculptures are associated with a D.I.Y., quotidian working-class culture.

VO: That’s definitely all in there, but I’m not that interested in mapping out an American vernacular aesthetic.  I like to work with materials I am familiar with and the rural South is simply where I come from. But I can adapt to other contexts, as most of my work is made with materials and ideas found on site. When I travel for shows, I like working with local materials. It keeps me from having to ship so much stuff around the world.

FS: Materials as well as images. For your show in Bern, you’ve decided to include in the exhibition both a light box sign advertising the name of our institution as well as an old photograph of it’s façade.

VO: The light box sign is the same format as one I made for The Kitchen in New York when I showed there last year. I liked the idea of making a sign for the place and then putting it inside the building. I found the photograph of Kunsthalle in the basement. In this case, I’m still working with a material that is familiar to me. It’s the ubiquitous image of Kunsthalle Bern I have known for years, long before I ever traveled to Switzerland.

Virginia Overton was born in Tennessee and currently lives and works in New York. She has had solo exhibitions at the Power House, Memphis; SculptureCenter, Long Island City; the Power Station, Dallas and The Kitchen, New York.

This exhibition was made possible with the generous support of our partners Kultur Stadt Bern and Burgergemeinde Bern, as well as Kraft E.L.S.