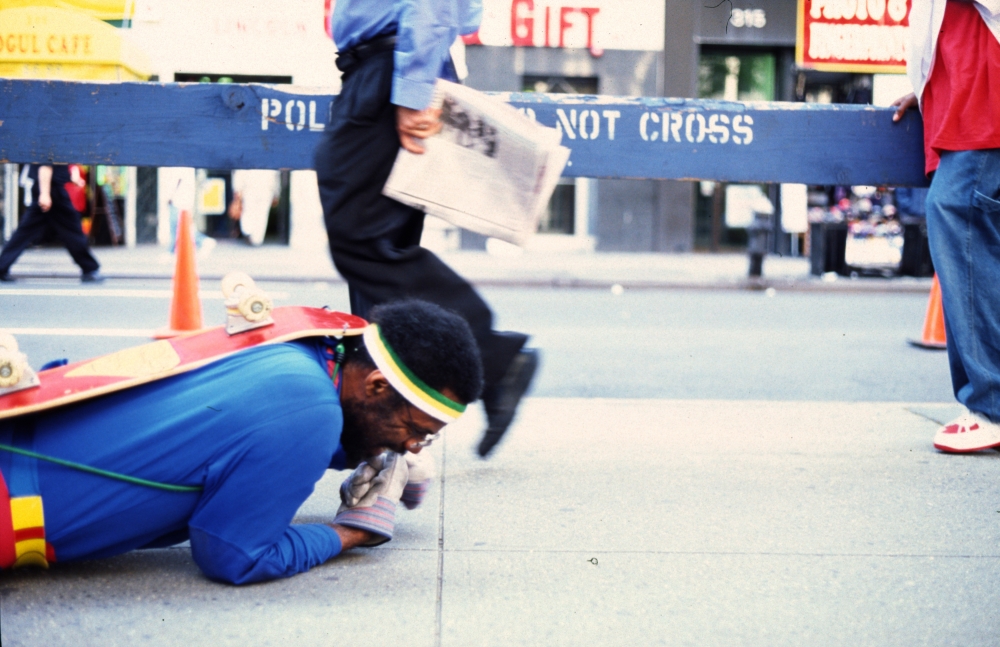 Person of the Crowd: The Contemporary Art of Flânerie features work by more than 50 international artists who have taken to the street to play detective, make fantastic maps, scavenge and shop for new materials, launch guerrilla campaigns, and make provocative spectacles of themselves to speak to issues as diverse as commodity fetishism, gentrification, gender politics, globalization, racism, and homelessness. The exhibition is on view February 25 through May 22, 2017, and features works, new performances, and historical pieces by Marina Abramović, Vito Acconci, Eleanor Antin, Constant, David Hammons, and Zhang Huan, among many others.

While much of the exhibition will be presented in the Barnes Foundation's Roberts Gallery, Person of the Crowd will also reach into the city of Philadelphia. A series of performances—by artists including Sanford Biggers, Tania Bruguera, Ayana Evans, Zachary Fabri, and Wilmer Wilson IV—will take place on the streets of Philadelphia, and billboard and street poster projects will activate the city throughout the exhibition run. 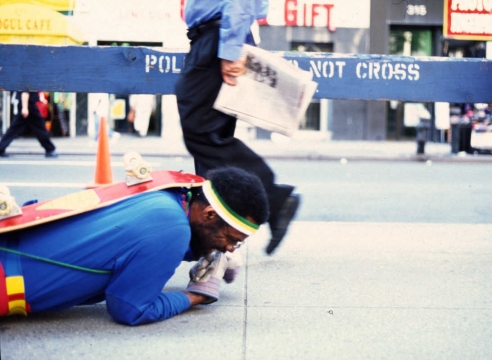 by Esther Yoon
Barnes Foundation gets out of the gallery into the street with its new exhibit
philly.com March 2, 2017

Surface Tension serves as the backdrop to a video projection of William Pope.L’s 2000 performance “The Great White Way, 22 Miles, 9 Years, 1 Street,” in which he famously crawled 22 miles of sidewalk from the beginning to the end of Broadway — Manhattan’s longest street — wearing a capeless Superman outfit with a skateboard strapped to his back. 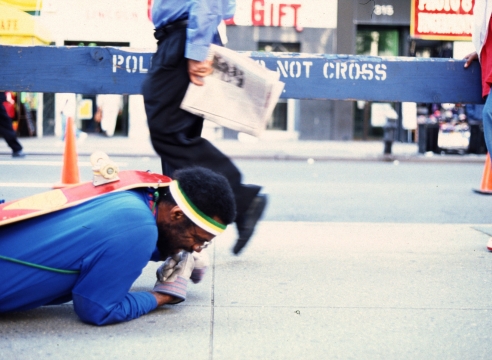 The Barnes Foundation will celebrate more than 50 artists’ engagement with different communities in “Person of the Crowd: The Contemporary Art of Flânerie,” opening Feb. 25. The artists Tania Bruguera and Sanford Biggers will organize performances in the city streets, and the Guerrilla Girls collective will create billboards. Additionally, Monument Lab (a group of curators, scholars, students and artists who aim to ask what kind of monuments the city needs) will mount a temporary work by the Chinese artist Ai Weiwei. In May, the Association for Public Art will bring the artist Martin Puryear’s largest public sculpture to date, “Big Bling,” to the city for six months.