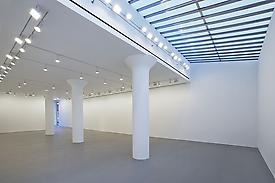 MITCHELL-INNES & NASH: TWO NEW YORK GALLERIES Lichtenstein: Surrealism is the first exhibition in Mitchell-Innes & Nash Chelsea, a 3,500 square-foot space in the heart of Chelsea's gallery district. The new space will double the gallery's total exhibition capacity, allowing it to build upon its established program of scholarly exhibitions of 20th-century masters while enhancing its roster of emerging and mid-career artists. The design for the Chelsea space is being overseen by Bill Katz, who has been intimately involved with the international art community for two decades. His previous projects include the Fischer Landau Center in Long Island City with architect Max Gordon, the rooms for contemporary art at the National Archaeological Museum in Naples, Italy, and the galleries for Phillips, de Pury & Company in Chelsea. Katz has also worked closely with artists including Jasper Johns, Anselm Kiefer, Agnes Martin and Francesco Clemente on the design of their homes and studios, and has installed exhibitions for them and for Ellsworth Kelly, Cy Twombly, James Rosenquist, and Robert Indiana. According to Lucy Mitchell-Innes, "We are looking forward to presenting our expanded exhibition program in a space that is simple, elegant, and puts the art first. Designer Bill Katz is a favorite among artists, and that speaks volumes."