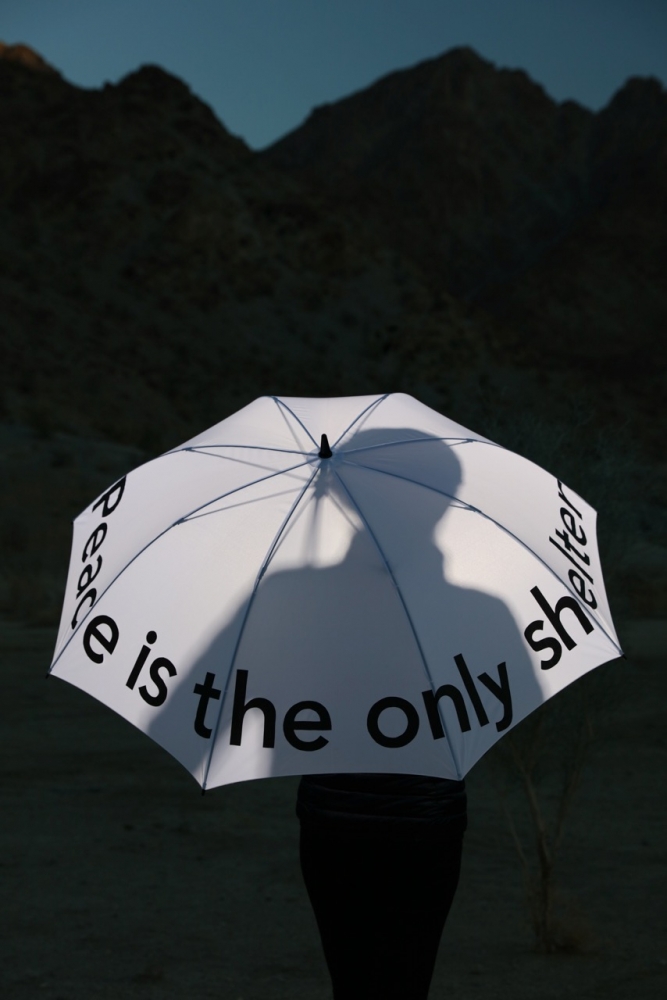 Mary Kelly’s site-specific project, curated by Matthew Schum for the Desert X Biennial, returns to the Cold War intervention of Women Strike for Peace, a group formed in 1961 to protest against nuclear weapons testing in the Mojave Desert. WSP set a precedent for action-oriented, second-wave feminists and peace activists of the present such as Code Pink. Kelly’s repurposed bus shelters employ slogans from the WSP, cartographies of military expansion in the California desert, and a Doomsday Clock. With the second hand at two minutes until midnight, it marks the closest point to catastrophe since the arms race began in 1953. 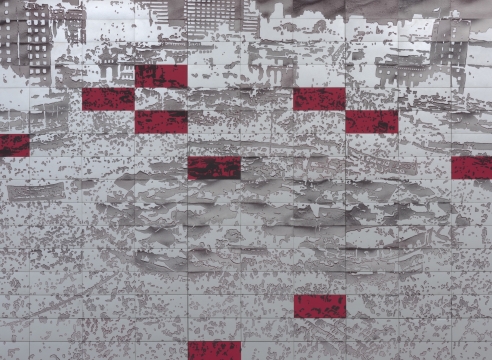 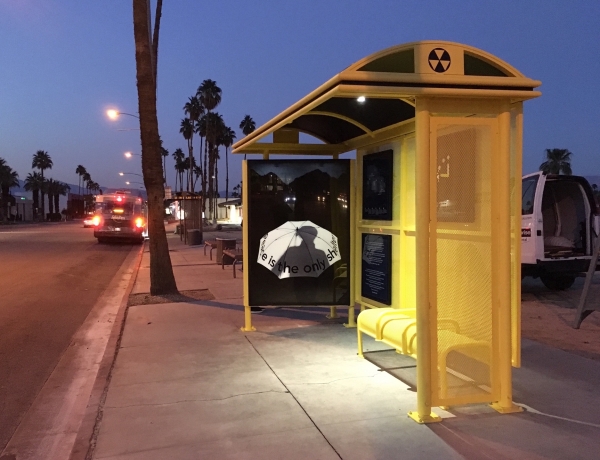