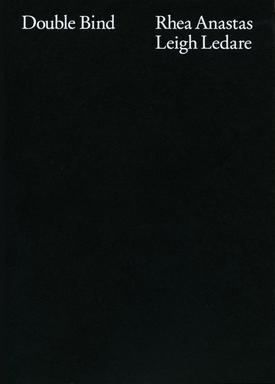 Coinciding with the final day of the exhibition Tom of Finland: The Pleasure of Play, and co-presented with A.R.T. Press, this event marks the launch of the publication Double Bind (A.R.T. Press, 2015) by art historian Rhea Anastas and artist Leigh Ledare. The authors will be joined by artists Daniel Bozhkov, K8 Hardy, and John Miller to extend the discussion activated within the book.

The book Double Bind pivots around an extensive conversation between Leigh Ledare and art historian Rhea Anastas concerning Ledare's project of the same name. As an installation, Double Bind puts in play a series of overlaying comparative structures: over one thousand photographs of the artist's ex-wife (half taken by Ledare, the other half by her current husband, according to a script conceived by Ledare) and an ample collection of printed mass media. Through a critical and wide-ranging dialogue, Ledare and Anastas probe the complexities of the viewing experience of the work and the consequences of its provocations.

"Ledare's Double Bind project examines social processes of habitual enactment (such as what it means 'to be a wife'), emotional and material terms of exchange, thresholds of public and private imagination, gender normativity, and symbolic boundaries of relationships—all through the lens of a camera. Ledare suggests a kind of unraveling of these habituations and carries this logic over to his discussion of the work with Rhea Anastas. Here, Double Bind functions not simply as an object of analysis but instead as a rubric through which the two extend the work itself through a dialectic of articulation and dis-articulation. In line with the radical (and often suppressed) premises of conceptual art, Ledare and Anastas challenge and override conventional distinctions between artwork, viewer, artist, critic, and art historian. In this way, this book serves as a vital part of Double Bind's progressive unfolding."