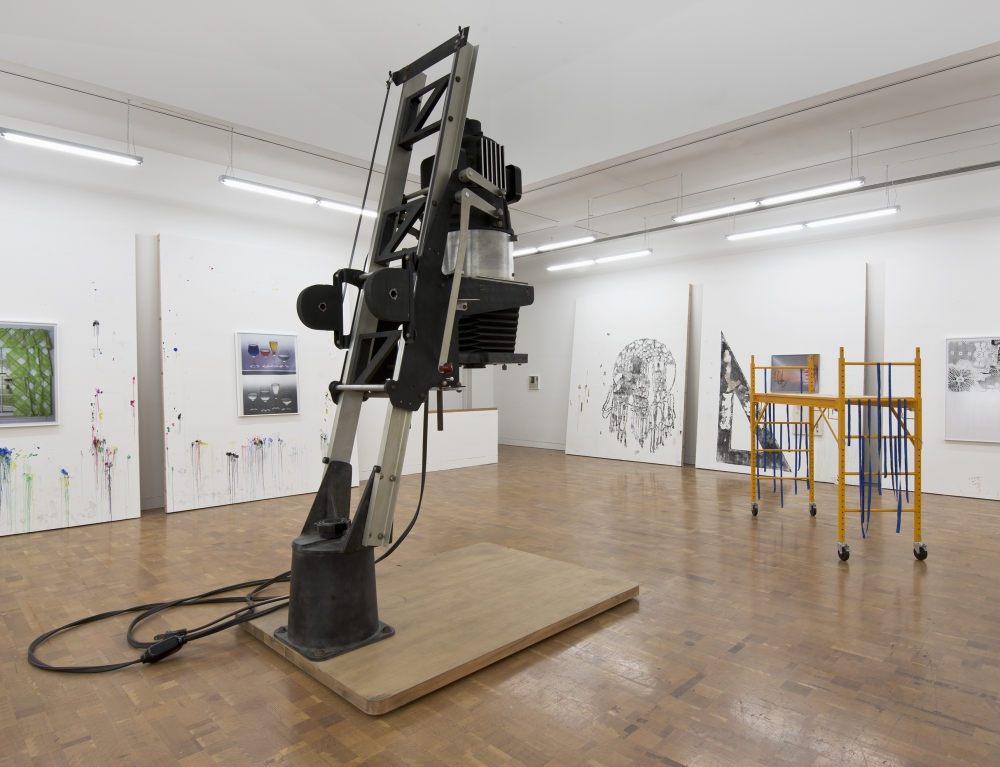 The Museum of Contemporary Art presents AMANDA ROSS-HO: TEENY TINY WOMAN, on view at MOCA Pacific Design Center from June 23 through September 23, 2012. Amanda Ross-Ho is one of the leading Los Angeles artists of her generation and this new installation is her largest and most ambitious exhibition to date. Created specifically for the MOCA Pacific Design Center, TEENY TINY WOMAN presents her ongoing engagement with translation, scale, and the authored collapse of authentic and performed gestures, combining large-scale paintings, fabricated objects, textiles, and photographs within a custom architectural environment. Multiple forms explore and advance her relationship with the metaphorical potential of photography. “Amanda Ross-Ho has established a unique vocabulary of images and objects that gains momentum through complex iterations. This exhibition, and accompanying publication, offer a window into Ross-Ho’s language—past and present—with an eye toward the future,” said MOCA Associate Curator Rebecca Morse. For almost a decade, Ross-Ho has engineered an elaborate set of conceptual and formal operations that guide her art-making practice. These methodical procedures allow her to navigate her immediate surroundings, namely the incessant fluctuation of popular and unpopular visual cultures and their direct points of connection to personal and universal truths. The result is a specific and consistently evolving personal language, with which Ross-Ho constructs carefully articulated poetic environments. Ross-Ho’s work often originates from observations of her own movements within a designated space; she regularly investigates the studio itself as a fertile site for identifying potential in generative and reflexive processes. Although her process is rooted in immediacy and chance, it is executed with precise intentionality. Within this highly sensitized approach, authentically haphazard formal gestures are placed under careful scrutiny, and systematically choreographed in subsequent iterations. Ross-Ho’s work does not terminate in completed forms, but gains meaning through an exponential accumulation of contexts. Within the structure of each work is an embedded life cycle, mapping an organic trajectory that leads from conception through reception in its various aggregating forms. AMANDA ROSS-HO: TEENY TINY WOMAN will transform the MOCA Pacific Design Center space via a massive looping architectural exchange. The exhibition includes 17 wall panels, collectively equivalent to the exact interior measurements of her downtown L.A. studio, which were built onsite in the exhibition space and then transferred to her studio space. For an extended time, they accumulated the genuine residue of production, acting as literal stages for a series of hyperbolic, choreographed maneuvers borrowed from daily studio activity. For the exhibition, the walls will be returned to the museum, creating an architectural lining on which to present a connective system of discreet works—paintings, objects, and textiles -compounded in an address of translation, scale, and nested opposition. Each wall, based on the proportions of a sheet of paper, acts as a museum-scale page on which to present a non-linear flux of data, taxonomical arrangements, and explicitly authored compositions. The centerpiece of the exhibition is a fabricated sculpture based on a ’60s-model photo enlarger belonging to Ross-Ho’s father. A deeply personal artifact, as well as a once common apparatus in the production of pictures, the sculpture is the newest work in Ross-Ho’s ongoing series of fabricated objects, and functions as key to the logic of the surrounding elements in the show. The piece serves as a monument to a method of seeing through negotiations of positive and negative spaces, shifts in scale, and imaging through translation—maneuvers that have become signature concerns in Ross-Ho’s work. The retroactive gaze initiated by revisiting this vintage object defines the broad territory established within the exhibition. Ross-Ho engages a wide range of immediate and historical points of view, in a far-reaching examination of both the autobiographical and the public domains. In part initiated by the notion of a ‘survey’ exhibition, Ross-Ho directly embraces the full gamut of her own creative history—from her earliest primal expressions through her recent sophisticated forms—tracing the evolution of her aesthetic language in a reinterpretation of the broad project of summarizing one’s ‘life’s work.’ Also included is the diptych UNTITLED ONE and UNTITLED TWO, a pair of large-scale paintings that are direct translations of works made by the artist at age four. By painstakingly and deliberately recreating intuitive marks made by her own hand 33 years prior, Ross-Ho investigates the potential of memory located in both experience and muscle, creating a looping connection between these new works and the deep origins of her art practice. The exhibition is curated by MOCA Associate Curator Rebecca Morse and will be accompanied by a fully illustrated catalogue. The most detailed appraisal of Ross-Ho’s oeuvre to date, the book includes an essay by Morse, an interview between Ross-Ho and MIT List Visual Arts Center Curator João Ribas, and an exhibition chronology assembled by MOCA Curatorial Assistant Jennifer Park. Amanda Ross-Ho (b. 1975, Chicago) is a Los Angeles-based artist who received her MFA from the University of Southern California in 2006 and her BFA from the Art Institute of Chicago in 1998. Ross-Ho’s work has been featured in three MOCA exhibitions, including George Herms: Xenophilia (Love of the Unknown) (2011), The Artist’s Museum (2010), and Index: Conceptualism In California From The Permanent Collection (2008). Her work has been included in New Photography at The Museum of Modern Art (2010); Image Transfer: Pictures in a Remix Culture at the Henry Art Gallery (2010); and was the subject of a solo exhibition at the Pomona College Museum of Art titled Amanda Ross-Ho: The Cheshire Cat Principle (2010). Her work was also included in the Whitney Biennial (2008) and the Orange County Biennial (2008). This will be the artist’s first museum exhibition accompanied by a catalogue. 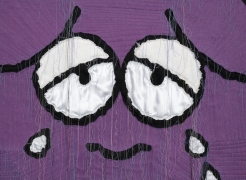