Martin Kersels Charms, Stacks & Flotsam February 4 – March 12, 2011 Mitchell-Innes & Nash announces Charms, Stacks & Flotsam, a solo exhibition of new work by Los Angeles artist Martin Kersels, on view in the Chelsea gallery from February 4 – March 12, 2011. This will be the first solo New York show for the artist since 2001, and his first show with Mitchell-Innes & Nash. Kersels will show a selection of hanging sculptures called ‘Charms,’ a group of pedestal sculptures from the series ‘Stacks,’ and drawings. Martin Kersels works in sculpture, performance, video, and photography. His work calls attention to the relationship of the body to the outside world – things, spaces, and other people – and the ways that physicality and psychology are intertwined. Like a slapstick comedian, he strikes emotional notes of humor and pathos in equal measures, alternating between moments of antic joy and Sisyphean futility. He creates a world in which objects and characters of outlandish shapes and sizes populate an American landscape of pop music, suburbia, and screwball comedy. Kersels’s ‘Charms’ are chandelier-style sculptures made from found materials including vintage furniture, liquor bottles, mascot costumes, ceramic figurines, and scale models. They retain a distinctly handmade quality, revealing the wires and epoxy that hold them together. Like much of Kersels’s work, they play with scale shifts, as when the spindly legs of an antique chair become a giant skeletal hand. The word ‘charm’ can be used in a number of ways: a memento or record of an experience, as in a charm bracelet; a magic spell; a personal quality of seductiveness or wit. This multiplicity of meanings finds an analog in the work itself: a mixture of magic and the everyday, dreaminess and total presence. The ‘Stack’ sculptures are made from books of all subjects, formats, and sizes, combined into stacks. The resulting sculptures are formally constructed according to color and size, but hint at beat-like poetry with their convergence of titles and topics. Martin Kersels lives and works in Sierra Madre, California. He received his BA in 1984 and his MFA in 1995 from the University of California, Los Angeles. He has exhibited at galleries and museums internationally, including a traveling survey exhibition Heavyweight Champion on view in 2007-2008 at the Santa Monica Museum of Art and the Tang Museum at Skidmore College. He was also the subject of a survey exhibition at Kunsthalle Bern in 2000. He has been included in group exhibitions including the 2010 and 1997 Whitney Biennials; California Video at The J. Paul Getty Museum, Los Angeles, CA; and Dionysiac at the Centre Pompidou, Paris. His work is included in the collections of The Museum of Modern Art, New York; the Centre Pompidou, Museu d'Art Contemporàni de Barcelona, Spain, and the Los Angeles County Museum of Art, among many others. He was the recipient of a John Solomon Guggenheim Fellowship in 2008. He is currently co-director of the Program in Art at the California Institute of the Arts. 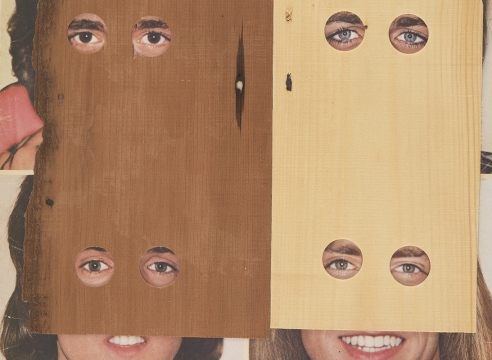