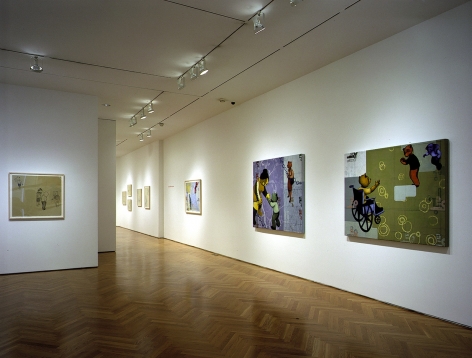 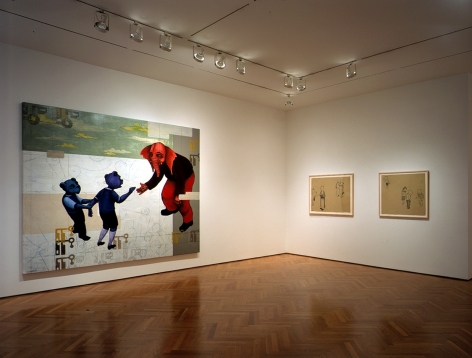 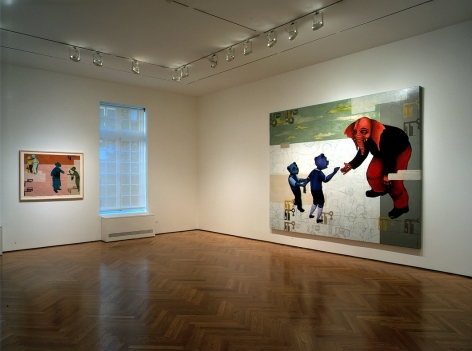 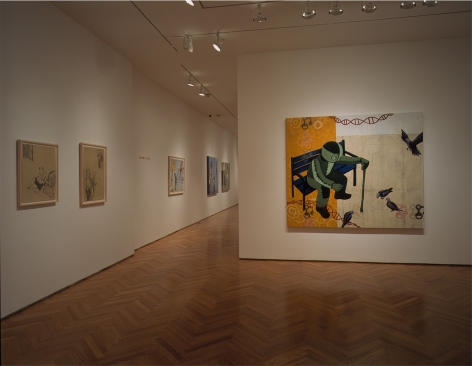 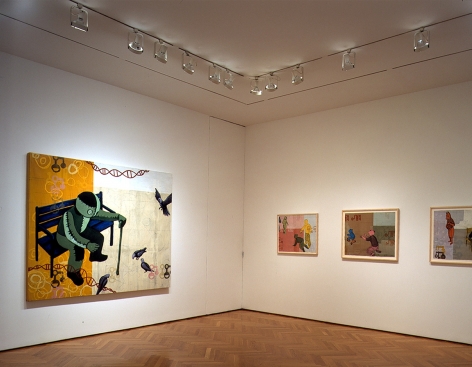 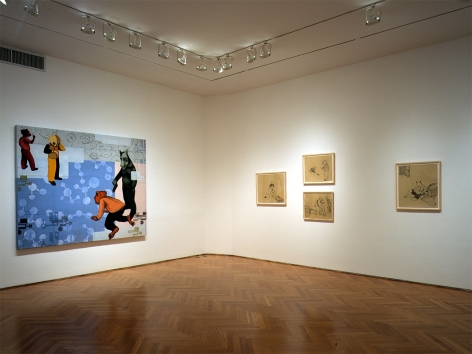 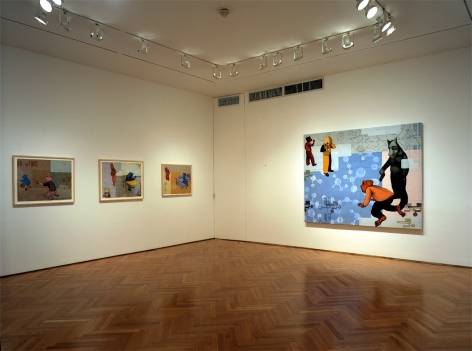 New York, July 2001 - The leading New York modern and contemporary art gallery, Mitchell-Innes & Nash will present the first solo exhibition in New York City for Atlanta-based contemporary artist Kojo Griffin. The exhibition, Kojo Griffin: New Work, will be on view at the Madison Avenue gallery from September 6 through October 13, 2001. This is Griffin's first solo exhibition in New York City and his inaugural show with Mitchell-Innes & Nash. Griffin's psychologically charged painted panels and works on paper explore the moral and physical consequences of human interaction. With their recurring cast of contemporary fairytale character-types, such as teddy bears and stuffed elephants, and their colorful palate, the artist’s compositions often appear innocuous or endearing at first glance. However, subversive narrative content and a sense of foreboding are often implied by Griffin’s combination of disparate elements with an intimation of uncertain outcomes. Griffin’s subject matter and style are at once saccharine, cutting and playful. Perhaps influenced by his studies in child psychology at Morehouse College in Atlanta, Griffin’s artworks evoke ambiguous interactions between children – with both good and evil characters. The exhibition will comprise approximately 20 works, including six large panel paintings, eight mixed-media works on paper and six drawings. Griffin has been included in several New York art fairs and exhibitions over the past few years, including the prestigious Whitney Biennial, at the Whitney Museum of American Art in 2000; the exhibition Freestyle at the Studio Museum in Harlem; and the Armory Show 2001. He has been the subject of solo exhibitions at the Kemper Museum of Contemporary Art in Kansas City; the Tubman African American Museum in Macon, Georgia; and the Mint Museum of Art in Charlotte, North Carolina. An opening night reception will take place at Mitchell-Innes & Nash on September 6th from 6 to 8pm. Gallery hours are 10:00am to 5:00pm, Tuesdays through Saturdays. A fully illustrated catalogue with approximately 20 color plates and an essay by Franklin Sirmans will be available through the gallery. Press Contacts: Adrian Turner, Mitchell-Innes & Nash tel: (212) 744-7400 fax: (212) 744-7401 Stacy Bolton tel: (212) 721-5350 fax: (212) 721-0780 email: sbstul@aol.com.