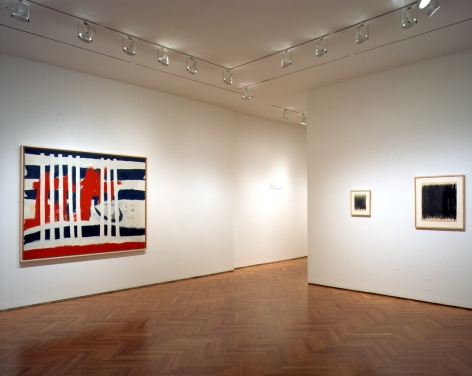 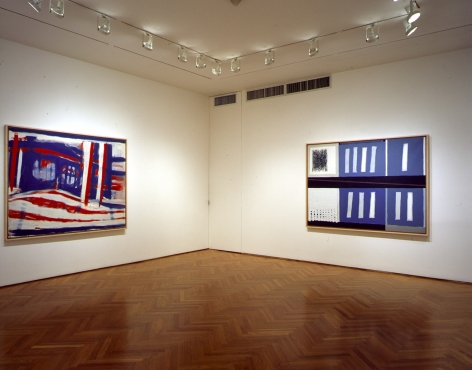 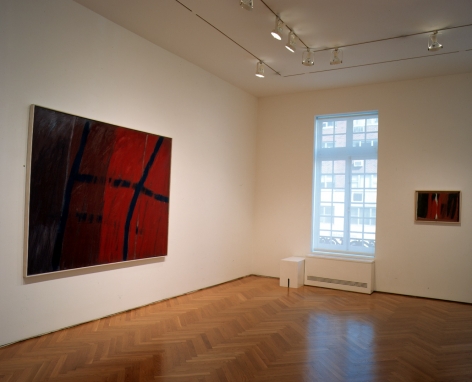 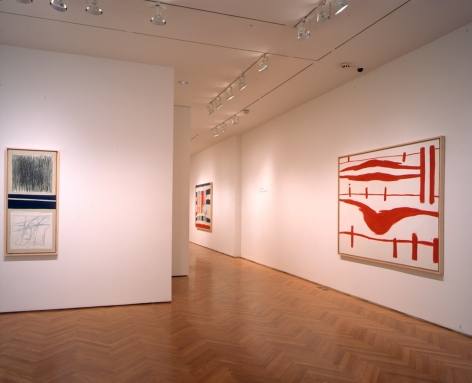 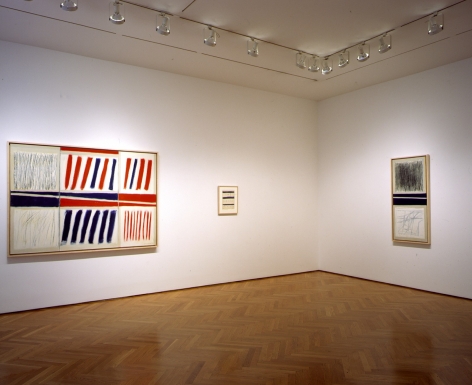 TWO IMPORTANT EXHIBITIONS OF JACK TWORKOV COLORFUL PAINTINGS & DRAWINGS BY THE LATE ABSTRACT EXPRESSIONIST New York, December 2001 -- The leading modern and contemporary art gallery, Mitchell-Innes & Nash, is pleased to announce their exhibition Jack Tworkov: Red, White and Blue. This historical survey of paintings and drawings by the late Abstract Expressionist artist will be on view from March 6 through April 13, 2002. The exhibition is presented in collaboration with Ameringer Howard Yohe Gallery, located in the Fuller Building, at 41 East 57th Street, New York. The exhibition will explore in depth Tworkov's three most ambitious cycles of Abstract Expressionist work: the "Barrier," "RWB: Red White and Blue," and "Variables" series, all developed between 1956 and 1964. The show will be presented in two locations. Mitchell-Innes & Nash will exhibit approximately 15 paintings and a few drawings and Ameringer Howard Yohe will exhibit approximately 15 drawings and 2 paintings. The paintings and drawings in the exhibition document an explosive period time for Tworkov and his New York School colleagues: the development of Abstract Expressionism. As a co-founder of "The Club," the artist collective whose members included Willem de Kooning and Franz Kline, Tworkov was an influential participant in the art world revolution that heralded gestural, non-figurative work. Tworkov went on to be included in Leo Castelli's inaugural exhibition, the landmark "Ninth Street Show" of 1951, and by 1960, Tworkov was represented by the Leo Castelli Gallery. This pivotal period in Tworkov’s career and in the art world is reflected in the exhibition’s electrically charged paintings and drawings of Tworkov’s "Barrier" series. The bold red, white and blue canvases of the "RWB" series express Tworkov's patriotism, perhaps most evident in his "Oh Columbia" from 1962. As with most of the New York School figures, Tworkov was a European émigré, having come to New York from Poland at age 13. The "Variables" series has been described as a manifestation of Tworkov’s more intellectual side. Always an advocate of art theory, Tworkov served as Chairman of the Art Department at Yale University later in life. An opening night reception will take place at Mitchell-Innes & Nash on March 6, 2002 from 6 to 8pm. A fully illustrated catalogue with an essay by Harry Cooper, Associate Curator of Modern Art at Harvard University’s Fogg Art Museum, will accompany the exhibition. Gallery hours are 10:00am to 5:00pm, Tuesday through Saturday. To preview the paintings and drawings, please contact Adrian Turner at Mitchell-Innes & Nash or visit the website at www.miandn.com. For press information or to request slides, please contact: Stacy Bolton, tel: (212) 721-5350, fax: (212) 721-0780, email: sbstul@aol.com.