Mitchell-Innes & Nash will present its first exhibition of works by video artist Christopher Miner from January 13 – February 11, 2006. How Beautiful Heaven Must Be will include a selection of videos dating from 2000 to 2004. Miner’s work was featured in P.S.1’s Greater New York 2005 and the Queens International at the Queens Museum of Art in 2004. His videos were screened in the Museum of Modern Art’s 2004 Premieres series and at the Tate Britain in 2003. Miner was raised in Jackson, Mississippi, and his videos address the impact of his upbringing with regard to religion, race, family, and sexuality. He works in both documentary and performative modes, often blending autobiography with fictional elements to create a persona that is at once genuine and carefully orchestrated. In his search for “transcendence and clarity,” Miner wades through the personal conflicts of everyday life, revealing an inescapably human existence. The exhibition will include Self-Portrait, 2000, in which Miner performs an imitation of a Southern black man, asking whether self-awareness absolves one of racist implications. The 17-minute video The Best Decision Ever Made finds Miner visiting his grandparents’ home shortly after the death of his grandmother. Best Decision combines images of their home with the artist’s voiceover weaving a loosely autobiographical narrative of grief, detachment, frustration, sexual awakening, and ambition. Christopher Miner was born in 1973. He received a Masters of Fine Art in photography from Yale University in 2000 and a Bachelor of Arts from the University of Tennessee, Knoxville in 1996. His previous exhibitions include a solo show at Bellwether Gallery, Brooklyn, New York in 2003; and Videodrome II at the New Museum of Contemporary Art, New York, 2002. Miner is represented by Mitchell-Innes & Nash. Listing Information: Opening Reception: Friday January 13, 6 to 8 pm Location: Mitchell-Innes & Nash Chelsea, located at 534 West 26th Street between 10th and 11th Avenues. Exhibition Dates: January 13 to February 11, 2006 Gallery Hours: Tuesday through Saturday, 10 am to 6 pm T: (212) 744-7400 www.miandn.com On View Now at Mitchell-Innes & Nash Uptown: Alexander Liberman, January 12 to February 17, 2006 Upcoming at Mitchell-Innes & Nash Chelsea: Tjorg Douglas Beer, February 17 to March 18, 2006 Press Information: Stacy Bolton Communications, Tel: 212.721.5350 E-mail: Mamie@StacyBolton.com 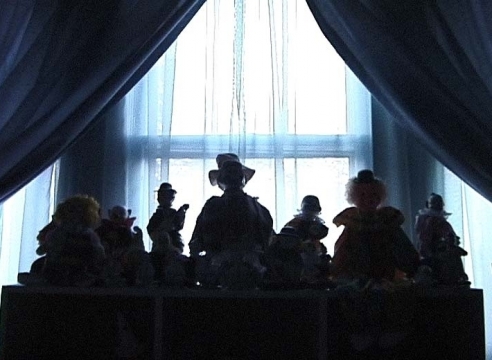