Part of a generation of artists who developed their practices around what was then called “Picture Theory,” Annette Lemieux has gone on to become a trailblazer in the field of post-Conceptualist painting, assemblage and photomontage, drawing influences from Minimalism and Pop art and often employing as her source material media images from the 20th century. Lemieux’s deft use of readymade imagery in her practice is always tied to contemporary life, its humanity and its indignations, its politics and its ever-changing visual codes, and thus her work is always open to new meaning, on both a personal and collective level. 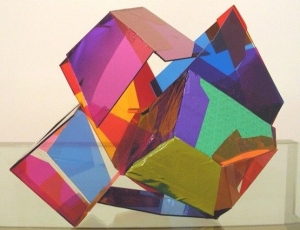 Sarah Braman and Annette Lemieux at the Mead Art Museum

Sarah Braman and Annette Lemieux are both included in the group show Starting Something New: Recent Contemporary Art Acquisitions and Gifts at the Mead Art Museum at Amherst College. 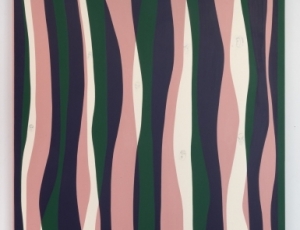 Annette Lemieux at the Nassau County Museum of Art

Annette Lemieux is included in the group exhibition That Eighties Show at the Nassau County Museum of Art in Roslyn Harbor, New York. 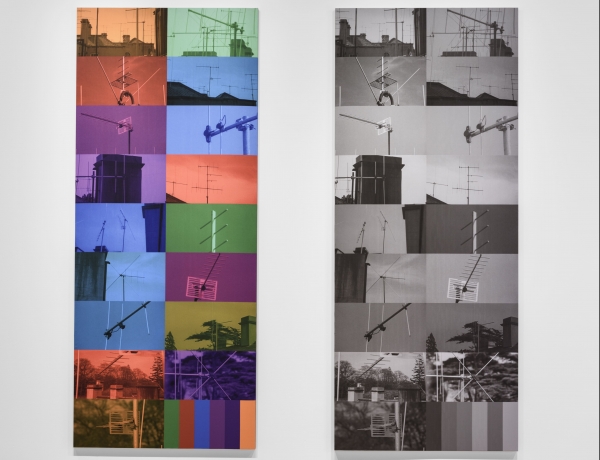 Mitchell-Innes & Nash is pleased to announce representation of Annette Lemieux. 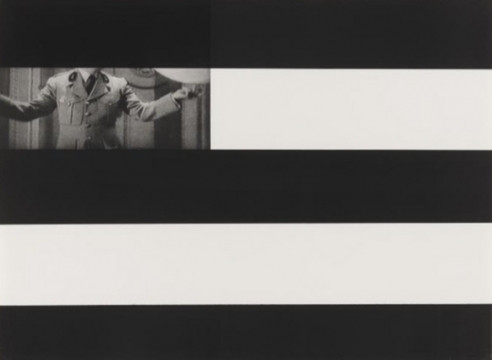 On view, through bodies of work both new and old, is Lemieux’s timely consideration of the longstanding but increasingly visible political and social divide that’s often characterized between urban and rural Americans. The works identify film as a medium that can uniquely serve as common ground for many populaces; it can transport stories and ideas while often locating reference points for diverse audiences, traversing political bubbles. The films, with their discussions of censorship, pathologization, racism, and class division, resonate today almost as if they aren’t, in fact, decades old. 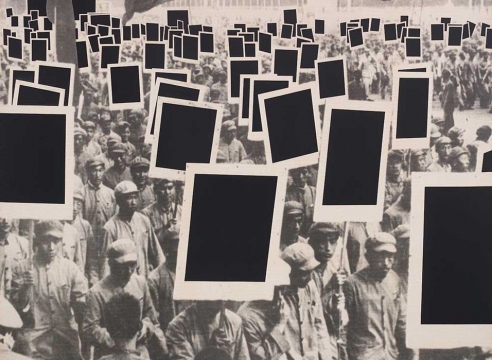 By Jamie Keesling
The unfinished work of political organising: on An Incomplete History of Protest at the Whitney Museum
The Art Newspaper September 28, 2017

As a summer full of marches and demonstrations draws to a close, with no sign that the mood in the US has become any less sour, the Whitney Museum of American Art has staged an ambitious survey of activist art. Through a selection of items from the museum’s permanent collection in a range of styles and media, the show offers a pointed reflection on art and protest over the past eight decades, from anti-war protest signage to abstract painting. 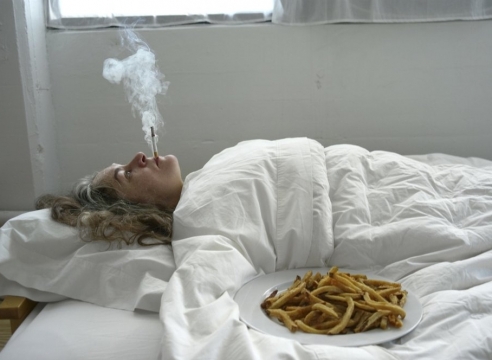 Interview with Steve Miller and Annette Lemieux from Issue 17. Enigma 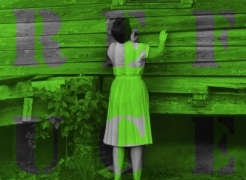 Lemieux’s approach is generally cool, mechanical, post-modern — repurposing secondhand imagery to make new meanings. In this case, her themes are anxiety, censorship, surveillance and murder in the era of President Donald Trump. 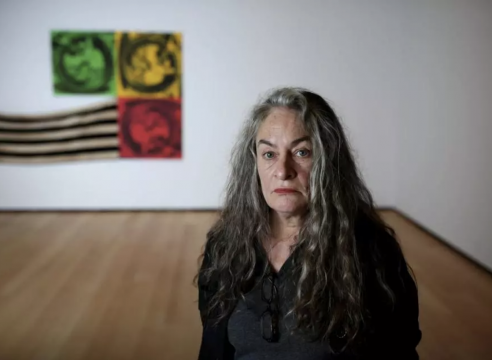 By Cate McQuaid
Annette Lemieux didn’t intend her new show to be political — but it is
The Boston Globe September 22, 2017

Annette Lemieux did not intend for “Mise en Scène,” her new exhibition at the Museum of Fine Arts opening Sept. 24, to reflect the current political moment. She started planning it before the election. It would be about film and revolve around movies she loved growing up. 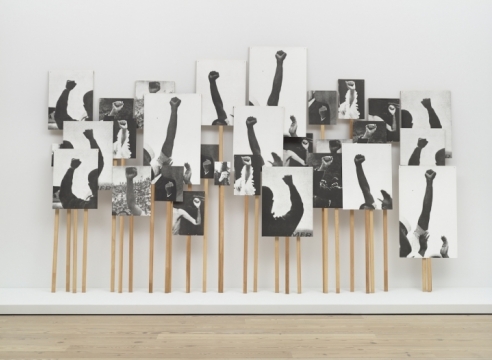 By Carey Dunne
In Response to Trump’s Election, Artist Asked the Whitney Museum to Turn Her Work Upside-Down
Hyperallergic November 17, 2016

“Left Right Left Right (1995), a piece by Annette Lemieux at the Whitney Museum that consists of 30 images of raised fists, has been turned upside-down at the artist’s request. 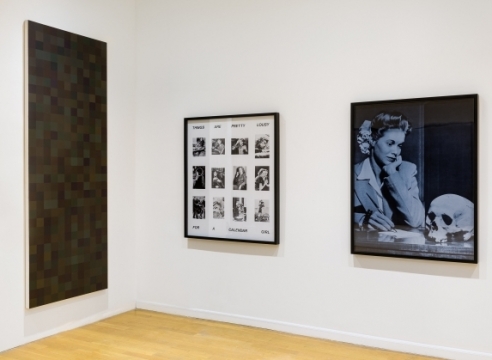 The gallery inaugurates its new uptown digs with a fine sampling of late-eighties works by a pioneer of post-Conceptualist painting, construction, and photomontage. Lemieux’s satirical content may be subtle but it registers with the snap of a major-league breaking ball. 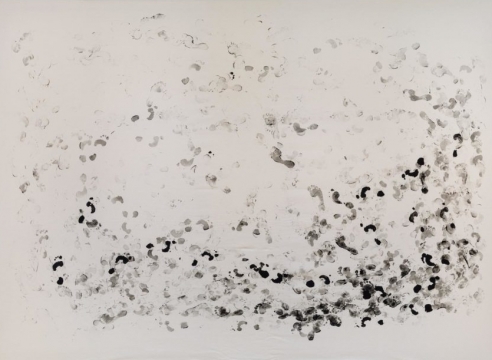 THE DAILY PIC (#1643): The new Elizabeth Dee space in Harlem opened on Saturday, and this piece is from the first exhibition in its new “research series” – in this case, a focused presentation of the work of Annette Lemieux, the neglected 1980s artist. According to the gallery, Lemieux’s 1988 canvas, titled Nomad, reproduces the footprint of her Boston studio at the time, and is “a play on the idea of how she could ‘re-enter’ painting, which she considered while pacing back and forth across the studio. The act is replicated here, and for the duration, she never left the canvas.” 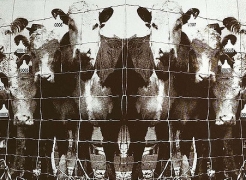 Annette Lemieux's equivocal place among those contemporary artists drawn to reminice--let's call them "nostalgics"--is far from commensurate with her prominence in what might be termed Feminist Conceptualism. 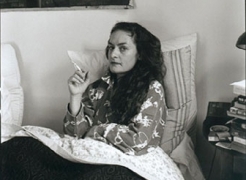 Conceptual mixed media artist Annette Lemieux‘s work is included in the collections of the Museum of Modern Art, New York; The Whitney Museum of American Art; The Solomon R Guggenheim Museum; The Museum of Fine Arts, Boston; The Decordova Museum; and numerous museums around the world. She has received numerous grants and fellowships and exhibits regularly at the McKee Gallery, New York, and was included in the Whitney Biennial 2000. Annette Lemieux lives in Brookline, Massachusetts and teaches at Harvard University.